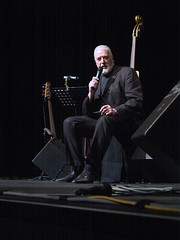 Just a quick post to pay our respects to one of Deep Purple’s founder members, Jon Lord.

Jon Lord was the keyboard player in the band and was responsible for much of the songwriting and also the addition of classical elements into the band’s material.

This was to become much more evident in his career as he actually concentrated on becoming a classical composer.

A keyboard player with a style and an organ sound that was not only distinctive but also, like the man himself, never to be forgotten.

Our thoughts go to his friends and family at this time.