x
by Lezick
on May 31, 2012
under Reviews
tagged Beach Boy, Brian Wilson, Mike Love, The Guardian, Why God Made Radio
∞ Permalink 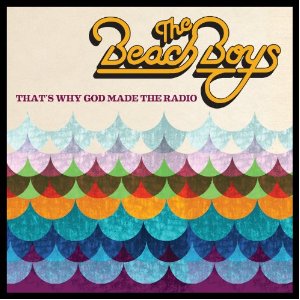 On the Guardian site there is a 5 track sampler of The Beach Boys‘ new album ‘That’s Why God Made The Radio’.

Brian Wilson has returned to the fold and whilst it may be a little early to be judging an album from just five tracks, I have nevertheless listened to all five and will give you my honest opinion for what it’s worth.

Right first thing’s first and let’s be clear about this, there is no place for autotune on any serious vocalist’s  catalogue, and yet it sure as hell turns up very early on in the five samplers.

The harmonies are still there and are very evident in the 5 tracks but the lead vocals actually sound old and dare I say it, tired???

The 5 samplers consist of very predictable chord patterns used countless times by far less talented musicians and songwriters but what’s even worse is that there is no inventiveness and the tracks are one paced with no bite or freshness.

Even the production is just ok and never stretches any boundaries.

The entire album may be a completely different story but the samplers are dull are boring, and I suspect that Beach Boys fans everywhere will not be impressed unfortunately.

Below are the links to the samplers on the Guardian’s site and for those who like to live dangerously the links to preorder the album.

THE BEACH BOYS NEW ALBUM SAMPLERS AT THE GUARDIAN