It’s been a long year and many releases have come and gone. As always I have this horrible feeling that I have missed a few killer albums along the way and not one person will point them out to me.

There hasn’t really been that much in surprises this year to me which is disappointing.

However honourable mentions should go to Jo Hamilton with The Gown, yes I know it was released 2 years ago but I only came it across via the Special Edition release back in January 2011.

Also Blue October‘s Any Man In America where once more Justin Furstenfeld‘s angst ridden and Gabrielish vocals hypnotise me despite what I feel is a slightly over produced album.

There are however 3 standout albums for me this year and I make no apologies in leaning towards the metal genre for this.

I place them in no particular order and with that in mind I am listing them in order of release. 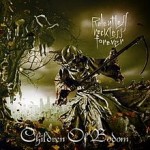 Alexi Laiho manages to write an undefinable album which is punctuated yet again by his excellent guitar work.

Despite being very often referred to as a melodic metal band, you’ll find not one bit of melodic vocal on this album.

It kicks off with  “Not My Funeral” and never stops to catch it’s breath.

I don’t know what it is about Children Of Bodom but they seem to hold the key to making a great album without any clean vocals.

Two best tracks for me are “Was It Worth It” and the title track, but there’s not that much between all the great songs on this album. 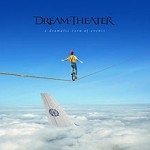 A DRAMATIC TURN OF EVENTS

At the very beginning of this post I said that there had been no real surprises this year but this in some ways does count as one.

of eagerly awaiting the new Dream Theater release, I genuinely feared what was to come.

calm my fears. In fact it made things a whole lot worse as I began to wonder what exactly were they writing whilst all this was going on.

When it was released it came as something of a relief.

The very 1st track “On The Backs Of Angels” sounded like something off previous albums and whilst being ok was not exactly gripping.

The rest of the album is superb with Petrucci once again demonstrating his technical ability on guitar, mad guitar/keyboard duos and a much

Mangini’s drumming seems a little understated and at times I seem to lose Myung’s bass in the mix but nevertheless the album more than compensates for this.

Described as a masterpiece by some commentators, I would personally rank this as Dream Theater’s finest moment.

It has received criticism as being predictable and an Images And Words clone. Now it is hardly predictable, what do you want? A reggae track perhaps?

A little bit of country stuck in the middle? Math-rock,techno driven jazz fusion?

hair raising moments (Pull Me Under aside – can’t stand the track).

Miss it at your peril!!! 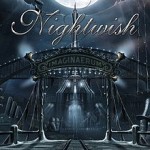 I will get a caning for this one. I just know it!!

Nightwish behaving like the Manchester City of metal with this one. Money is no object.

Old time jazz songs, Finnish folk sections (as normal), Western movie styling on one track and in Storytime they actually manage to sound like Abba during the chorus.

There is a movie to accompany this which at this time is yet to be released, and yes the whole album does sound like a movie soundtrack.

Impossibly pompous at times and perfectly understated at others, my congratulations to the band on achieving a highly desirable piece of musical fantasy.

This might well be the greatest integration of rock and classical music ever!!

An absolute epic movie of an album!!!