These are collectable Genesis vinyls that will sell for above average amounts.
Please note that I am not including things such as test pressings etc. as I really wanted to detail the items that people are more likely to have.
Now read on 🙂 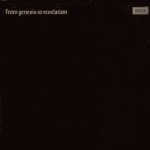 This is the first UK release from Genesis. I am detailing the stereo version of this but there is also a mono version LK 4990.

Note that the cover is laminated on the front only.

There is a boxed Decca logo on the top right of the album sleeve itself but it’s important to note that the label logo is significantly different. 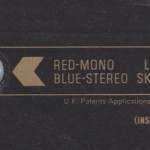 On the rear of the album sleeve there is a mono / stereo eyehole denoting by colour which version this.

Incidentally this is a Robert Stace sleeve.

It should show beneath it “U.K. Patents Applications No.” wording and the bracketed “INSERT INCLUDED” wording.

Also not the angled arrow pointing to “This stereo…” wording just in case you can’t get to grips with the eyehole method. 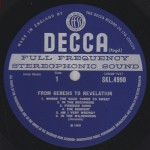 Now let’s look at the label itself!!

This label is of the type that a collector of classical music will recognise straight away.

Note the unboxed large DECCA wording and the “ffss” logo that sits right above it.

No it doesn’t stand for that, it stands for “Full Frequency Stereophonic Sound”  a phrase repeated immediately below the DECCA wording.

Note the wording sits in a band that goes from the bottom of the wording right down to the spindle hole itself. This is commonly referred to as “Wideband” and please do

not get this confused this with the very similar “Narrow Band” Decca releases which as you might expect are much narrower than their counterparts. 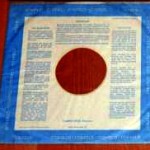 Say hello to a first press blue Decca stereo inner sleeve. This is what the inner sleeve to this release should like. 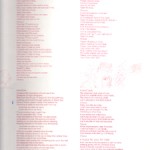 This is the insert associated with the album.

Amazingly I picked one of these up in the sleeve of a Gentle Giant album once. And no I didn’t have a copy of “From Genesis To Revelation” 🙁

Such is the life of a very often misfiled album insert.

Other things to check for are of course the matrix numbers in the dead wax which will read something like ZAL-8839.P-1W and ZAL-8839.P-2W

Stampers of course can be used to add to the value (you know the sort….usually letter one side of the dead wax and a number the other).

Mint values for the stereo wideband version should be around £250-300 and trust me I’ve seen them go for more.

Narrowband versions in mint condition are around £50-60 and again I have seen them go for more.

The golden rule is as always …. they are worth what someone wants to pay for them. However these are very rare and very collectable.

“Well that’s great, but you mentioned a mono version. Surely that could be worth even more than the stereo version?”

Well yes I did and yes it can 🙂