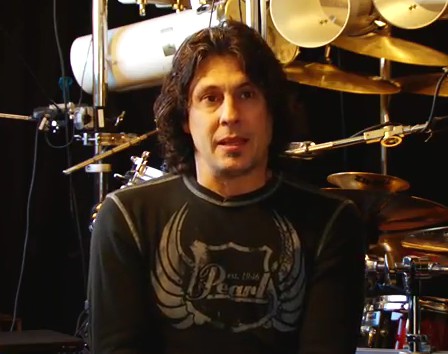 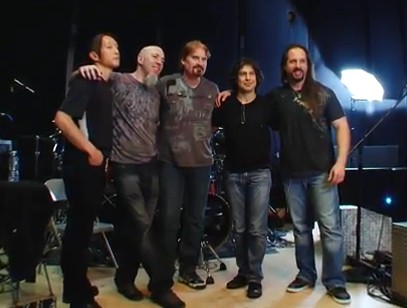 BLABBERMOUTH.NET – DREAM THEATER Guitarist: MANGINI ‘Is Not Only A Beast Of A Player But An Incredible Person’.

So the auditions have finished and the decision has been made. Mike Mangini is now officially the new Dream Theater drummer and the ex Extreme and Anninihilator member is delighted!!

Congratulations to Mike as this is something he so obviously wanted really badly. A fact not lost on his now fellow members of Dream Theater as they wanted the new guy to fit in comfortably with the rest of the band.

For my part, I believe Mangini will be an extraordinary addition to an already technically accomplished band. Having followed Mangini’s career with interest, particularly during his Extreme and Annihilator days this should prove to be a marriage made in heaven.

Besides his playing days with other bands, Mangini has also continued to study his craft and teach it to others at Berklee College of Music in Boston, becoming a prominent member in the school’s percussion department.

Let’s also spare a thought for the other guys who auditioned. All accomplished and brilliant drummers but in the words of Highlander, “There can be only one!”

All that’s left to say now is, bring on the new album and come to the UK soon guys!!