Is it just me or is there something worrying about the state of radio in the daytime?

Particularly the state of daytime radio when you manage to link yourself to a high profile metal magazine.

Now if you turn on Kerrang radio at night, when the world is starting to think of sleep, you could be forgiven for thinking, “dunno what he’s talking about”!!

Well turn it on in the day, that moment when you’re in the car and you’ve grown a bit tired of the cd or mp3 collection you’ve got and think, “I know I’ll put Kerrang pn and see what’s new on the rock front. Well you’ll be bloody lucky with that one!! My latest shock to the system was Good Charlotte and Sex On The Radio. Painful isn’t the word!! Twee!! Repetitive!! Obvious!! And they say “Friday” by Rebecca Black is the worst song ever. Well I reckon the Charlotte’s have took umbridge  at that one and plan to beat Rebecca into a sound second place with a complete pile of tedium!!

I don’t want to turn this into a “I Hate Good Charlotte” post because they have done things I ike believe it or not, but if this is the kind of stuff that qualifies to be played on “Britain’s Premier Rock Station” , what does that say about the state of Kerrang’s playlists!!

How often have you turned on Kerrang to be hit by, The Killers, The Arctic Monkeys, Elbow, Florence and the Machine, The Kaiser Chiefs and The Pigeon Detectives for christ’s sake!!!

Thank god when it gets dark it suddenly becomes safe to play those nasty, loud rock artists who hurt people with sensitive hearing. YOU ARE KERRANG RADIO!! JESUS!!

Now let’s put it all into perspective. My idea of the ultimate radio station would be one that plays rap, soul, metal, rock, indie, pop…everything!!  A radio station that didn’t suffer from engineered playlists and an unwillingness to play any new artist from any genre, a radio station without boundaries or bias!! Will that ever happen? Not a chance!!

What would it be like if Radio Reggae came on and played r’n’b and soul all day and then played “the reggae stuff” after 10pm? Laughable that’s what. So I am seriously pointing the finger at Kerrang Radio here.

In a world of declining music sales you would think that it might occur to someone that one of the ways to offset this would be to open up the exposure of new bands and new songs from existing artists to the airwaves, but no!! Instead mp3 downloads escalate as we find that the only way to experience fresh and unbiased content from any musical genre is to download it!!

If anyone out there is listening , “Please put the excitement back into the airwaves and open your minds. Let the people who will buy music decide what is good and what isn’t. Yeah, that’s right let them make informed decisions”!!!

If there already is a radio station out there with no bias, please let me know because I really don’t want to be missing that one.

In the meantime the biggest insult is not the bias and the tiny play lists that get forced down your throat all day long, but the pretence of Radio Stations that they are something they most definitely are not!!!

Right that’s got that out of my system, I can calm down now. Until the next time I put the radio of course!!!

Oh btw just got this in!! 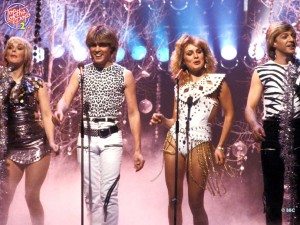